The National Transportation Safety Board, or NTSB, is recommending that states lower the legal blood alcohol concentration limit for drivers down to 0.05% from 0.08%. Although the NTSB has a very influential voice in the drunk driving debate, unfortunately for them, it has no authority to impose its recommendation.

The reduction of the blood-alcohol concentration level to 0.05% would match the current standard that is in effect in over 100 countries around the world. In fact, there is proof that this stricter standard will substantially reduce the amount of highway deaths.

This tougher standard means that a woman that weighs less than 120 pounds could consume one alcoholic drink in an hour and drive, but not two. Under this same standard, it means that a man that weighs approximately 160 pounds could have two drinks in an hour but not three. Here is where we get into the area of needing a DWI attorney in Houston should you get caught drinking more then mentioned here.

For accuracy purposes, a drink is defined as 4 ounces of wine, 1 ounce of 80 proof alcohol, or 12 ounces of beer.

The recommendation for these stricter standards was issued after the number of alcohol related traffic deaths rose to 10,000 in 2012; this is after six years of declining rates. 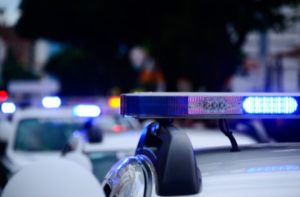 The NTSB is hoping that these stricter standards will help to reduce the extremely high number of drunk-driving deaths that happen in the United States on an annual basis. Surprisingly, Mothers Against Drunk Driving, or MADD, refused to back this proposal in favor of improved technology that will prevent inebriated drivers from starting their vehicles as well more sobriety checkpoints to help get them off the road.

MADD argues that the government should instead place their energy on developing better technology that will prevent drunk drivers from starting their cars and on increasing sobriety checkpoints along roadways.

Among the proponents of these new stricter standards are the Governors Highway Safety Association that represents every state in the Union as well as The Automotive Coalition for Traffic Safety who works to develop the innovative technology that is used to tell who is driving while intoxicated.

The new proposed limits are being praised by state Highway Safety officials all over the country but, understandably, the leaders of the restaurant and beverage industries (who will face decreased revenues if this motion is accepted) are not happy.

In fact, a lobbying group called the America Beverage Institute, is saying that the recommendation for a lower blood alcohol content limit is absurd. Their argument is that the worse drunk driving offenders are not found in the 0.05 to 0.08 range. The lobbying group argued that lawmakers should instead place their focus on enforcing laws against the drivers who drink considerably more than the current drunk driving blood alcohol concentration limit.

The Safety board’s recommendations, along with the stricter blood-alcohol content levels, also includes the hope that lawmakers will improve the current ignition technology that is in the vehicles of drunk drivers, as well as adding more sobriety checkpoints on our roads. However, they did note that one problem with the ignition system solution is that many drunk driving offenders, who are ordered to install these devices into their vehicles, simply do not.

It seems that all parties involved have legitimate points as to this being a good, or bad idea. Regardless, whatever the outcome, if you find yourself arrested for an alcohol related offense, you are going to need an attorney with experience, such as Collin Evans. Give us a call today for a free consultation and let us walk you through the next steps of dealing with the law.