Repeated DWI Convictions Can Possibly Get You a Life Sentence

Does being arrested for DWI , on numerous occasions, put you in the same league as a murderer? One judge in the state Texas judge seemed to think so when he sentenced a man to jail for life. This might not have been a case for a DWI lawyer in Houston Tx., but it sure came close and could be the types of cases they deal with in the near future.

54 year old Bobby Stovall, from Round Rock, was driving home in his truck in July when he began weaving through traffic and hit another car, causing injury to the driver. Stovall had a 0.32 blood alcohol concentration at the time he was test. The legal limit in Texas is 0.08.At four times the legal limit, Stovall’s astronomical blood alcohol concentration is more than enough to get him in trouble with law. However, when the judge discovered that Stovall had been convicted for DWI’s eight times before and in different cities and counties across the great state of Texas, he’d had enough. The judge sentenced Stovall to jail for life. 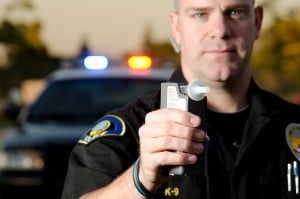 Former Williamson County District Attorney John Bradley agreed with the controversial decision because he believed that the 8 prior DWI convictions (along with other convictions for credit card abuse, burglary, contributing to the delinquency a minor, etc.) proved that the defendant was a habitual offender and would eventually kill someone. The DA believed that the extensive rap sheet showed blatant disregard for the penal code as well as the safety of others. Therefore, he needed to be put away.

Others, however, disagreed with the judge’s sentence and believed that Stovall’s struggle with alcoholism should have been considered. In fact, Lawrence Taylor (a DWI lawyer who authored the book “Drunk Driving Defense”) believed that the defendant is in the throes of a serious problem and that he wasn’t acting out of malice when the accident occurred. Therefore, in Taylor’s opinion, Stovall should have been sent to rehabilitation instead of the judge effectively putting an end to his life.

Bradley strongly disagreed with Taylor’s stance. He also thinks that Stovall had plenty of opportunity to learn from his mistakes and that with eight prior convictions related to DWI, he could’ve found a more effective way of dealing with his issue. In his opinion, when you focus on the disease and not the crime, it effectively dodges responsibility, shirks the idea that we should be held accountable for our actions, and allows it to be used as an excuse for individuals to participate in dangerous activities.

In Williamson County, it seems that Bradley’s opinion of this type of behavior is a popular one. Historically, this area has cultivated a reputation for sentencing repeat offenders and violent felons harshly. In fact, an average of two individuals every year go to jail in Williamson County for repeatedly driving under the influence. In their aim to dissuade criminals and prevent crime, Williamson County has garnered one of the lowest crime rates Texas when compared to other areas in the state of similar size.