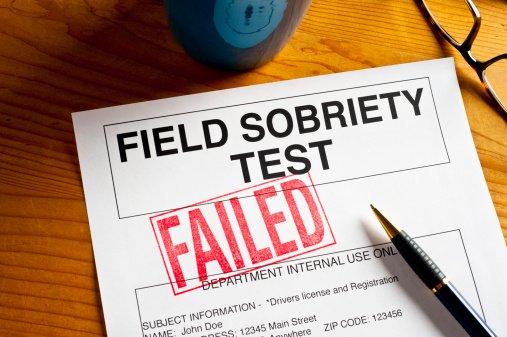 Texas law enforcement officers have a great deal of discretion under state law when it comes to determining whether a driver has lost the normal use of their mental or physical faculties. Though Texas law enforcement officers typically attempt to obtain a breath or blood sample to measure the blood alcohol concentration (BAC) in a person suspected of DWI, sometimes this test is not conclusive or simply not done at all. In Texas, you can be arrested and charged with DWI, and prosecuted for the crime, without results from a breath or blood test.  Law enforcement can justify their reasons for arresting a driver based on clues of intoxication that they observe.

Texas police officers often stop drivers for simple traffic violations, but as soon as they think they smell alcohol they ramp up their investigation to assess the driver with a series of tests known as Standardized Field Sobriety Tests. The driver’s performance on any one Standardized Field Sobriety Test (SFST) can be used to determine intoxication by an officer, who can then decide to arrest the driver for DWI. One of the SFSTs used by police officers is the Horizontal Gaze Nystagmus test.

Horizontal gaze nystagmus is an involuntary jerking of the eyeball that occurs when someone gazes to the side. For the Horizontal Gaze Nystagmus (HGN) test, a police officer observes the eyes of a driver suspected of DWI as the driver looks at and follows a slowly moving object horizontally with his eyes.  The officer usually uses a pen or pen light as the focus point. To begin the test, the officer puts the suspect in the instruction position and asks a series of questions to determine whether the driver is a good candidate or should be disqualified from taking the test for medical reasons.  The officer checks for equal tracking to verify the driver can take the test and then looks for signs of intoxication in both eyes.

The first clues the officer hopes to find in the investigation is lack of smooth pursuit.  The eyes appear to bounce along as the stimulus moves across the driver’s face.  Next, the investigator looks for distinct and sustained nystagmus at maximum deviation.  Basically, the officer moves the light to the side so the outside white of the eye is no longer visible.  If the officer sees a jerking of the eye back toward the nose as he holds the stimulus out, it is counted as a clue.  Finally, the officer looks for the onset of nystagmus prior to 45 degrees. For this clue, the stimulus is moved slowly and if the officer sees nystagmus before the driver’s shoulder, he counts it as a clue.

The HGN test is supposed to be administered a particular way and is often challenged in court.  If the test was not conducted according to the SFST guidelines set forth by the National Highway Traffic Safety Administration (NHTSA), a judge can determine it is inadmissible as evidence. HGN tests are questioned also because nystagmus is not always due to alcohol impairment.

There are well over 40 different types of nystagmus and many of these occur naturally.  It can happen as a result of certain medical conditions or because of the use of legal medications.  Some examples include gaze-evoked, psychological, and optokinetic nystagmus, which can occur as a result of the officer’s lights on their vehicle or while facing moving traffic.

Facing a DWI charge in Texas is a stressful experience. A prosecutor can use an officer’s observations and SFST observations as evidence of DWI in a trial. Having a lawyer with experience and success handling DWI cases where SFSTs like the HGN test are used as evidence is important to fight such a charge. If you or a loved one needs an attorney to fight DWI charges in Houston, Texas or the surrounding area, reach out to Collin Evans Law, PLLC. For a free consultation, contact Collin Evans online or by phone at 713-225-0650 to discuss the details of your DWI case.