If you have somehow conducted the following experiment on your own, and got pulled over, you’ll probably be searching to find a list of some of the top houston dwi lawyers. Recently, Miya Shay, a reporter for ABC 13 News decided to experience the dangers of drunk driving firsthand. Her experiment was attempted in a controlled environment under police supervision. Before we continue, it is important to note that, this experiment should not be attempted for entertainment purposes. The Houston Police Department set up a closed court so that Shay would have to parallel park and navigate difficult turns in less than two minutes. Her first attempt, made while sober, was successful.

Once this first sober attempt was completed, Shay drank a couple of alcoholic drinks and the police officers measured her BAC, or blood alcohol content level. She blew a 0.073, which is a little less than the legal limit of 0.08, and then attempted the course again. This time, the officers added an extra element and threw a ball in front of her vehicle. This was an attempt to simulate a child running in the street. She did not see the ball. 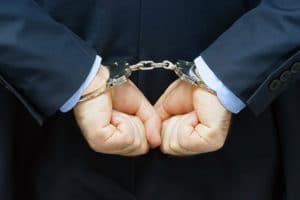 Next, Shay and other drivers drank a couple more drinks, to bring their BAC levels to above the legal limit, and the course was attempted for a third time. The drivers ran over cones and were not able to parallel park. When questioned, they felt that they’d done a good job, despite the very obvious evidence to the contrary. The point of this drunk driving exercise was to clearly demonstrate, once again, just how impaired ones judgment can become with a few drinks. The experiment proved what everyone already knows, the risks of driving while intoxicated cannot be downplayed.

Did you know that, every year, Texas has the highest number of deaths caused by drunk drivers? As you can see, through the experiment mentioned above, your BAC doesn’t have to be higher than the legal limit for you to be a danger to yourself and others. If you do decide to drink alcoholic beverages, call someone to pick you up. The cost of getting behind the wheel of your vehicle is too much.

Some of us actually do know our limits, and know that we are alert enough to get behind the wheel. It is not until we see those flashing lights behind us do we realize that a cops opinion on just how alert we were is different than ours. This is when you’ll need to fight and defend yourself. If you are in this situation, give us a call right away. We can get started on helping you clear your name of a possible strike on a criminal record. At the Law Office of Collin Evans, we offer an immediate free consultation.