Harris County Commissioners voted May 29th to add eight new positions to the county’s public defender office in response to the backlash from people regarding jailing people if they can’t pay their bail before their trial.

Starting July 1st a public defender will be present at all pre-trial bail hearings. This ensures that the accused understand their rights and that the officers understand if the accused will pose a risk to the public before trial. This initiative is the first of its kind in the state of Texas.

A federal lawsuit is targeting the cash bail system in Harris County as unconstitutional. It is because those accused of low-level crimes but can’t afford to pay for bail are jailed while those who can pay are released. 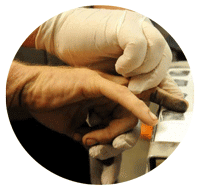 “Does it solve all of the problems? Of course not.” said County Judge Ed Emmett. “But it does show that the county is aware that we don’t want anyone in jail that shouldn’t be there.”

Most of the yearly 80,000 accused people do not have legal representation. Of more than 1,100 people who have died in Texas jails in the past decade, most have been pretrial detainees.

Between the years of 2009 and 2015, 55 people died while in pre-trial detention in Harris County. Included in this were defendants arrested for misdemeanor such as trespassing and driving while intoxicated.

According to the county pre-trial detainees are four times as likely to receive a prison sentence as compared to people who can pay bail. Their sentences are also likely to be twice as long.

This pilot programs aims to address what many consider a serious problem with Harris County’s justice system. The estimated cost for hiring these public defenders will be around $1 million.

If you find yourself with a criminal charge contact our office and we will make sure you get the legal representation that you deserve at a price you can afford.