The Harris County, Texas District Attorney’s office has announced that ever since 2015, a Houston crime scene investigator made errors in an astonishing number of investigations—65 total criminal cases to be exact. The jaw dropping numbers provided by the Harris DA’s Office includes 26 homicides and five shootings that involved police officers.

According to a statement from the District Attorney’s office, defense attorneys representing people with cases affected by this revelation have been officially notified.  Prosecutors, defense attorneys and judges call these Brady notices because the U.S. Supreme Court case of Brady v. Maryland makes it a requirement for the government to turn over to the defense evidence that is material to the case and potentially exculpatory—meaning that it shows the person accused of the crime might not have committed it.  The fact that the investigator no longer works at that position because of his mistakes could potentially jeopardize various prosecutions depending on the severity of the problem with the evidence at issue in each case.

This issue is only the latest in a wide string of problems involving evidence that has plagued Houston and Harris County forensic labs.  The Harris County DA’s Office has been forced to review hundreds of different drug cases over the past year because of these problems. In September, the DA’s Office announced another review of cases because of a scandal in Harris County Constable, Precinct Four’s property room. 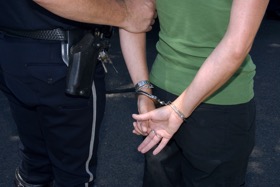 The information about the current problems at the Houston Forensic Science Center came to light after an official audit.  Some of the errors were simply administrative and will probably have little impact on the cases, but it might be a whole different story in the eight cases where evidence was misplaced.  According to the District Attorney’s office, the supervisor who initially conducted the review of the investigator’s work did not notice the errors that had been made, has since been removed from that position for now.

The current problem with Houston area forensic laboratories further reinforces why anyone accused of a crime that involves forensic analysis of evidence should hire an attorney with experience dealing with these labs.  The people that work in them are human and they make mistakes, but they are mistakes that could lead to jail time for someone else.  If even the reviewer isn’t catching the problems, how can a jury be expected to believe that these labs are running properly and not have a doubt about the results brought before them?

Thank you for stopping by our blog here at The Law Office of Collin Evans. If you or a loved one are facing criminal charges that involves forensic labs like these, please give us a call at (713) 225-0650, and we’ll see whether we can uncover mistakes in your case.