No Refusal Program in Montgomery County: What You Need to Know

Some people unexpectedly find themselves on a search for an affordable Houston DWI attorney. It is common knowledge that a lot of drivers operate vehicles while under the influence of drugs and/or alcohol on weekends. To curb the tragedies that can happen, police officers are usually dispatched in full force. To take things one step further, a county in the state of Texas is making significant changes to stop drivers from driving while intoxicated.

Harris County is one of the biggest counties in Texas. Unfortunately, it also holds the dubious honor of having the highest death rate in crashes caused by drunk drivers in the state. Based on information from the Texas Department of Transportation, there were 81 DWI-related deaths in the county in 2014.

In an attempt to make the roads safer, county officials decided to increase their level of DWI enforcement as well as their no refusal operations. The mission of this program is to dramatically reduce the amount of traffic accidents and deaths that are caused by drivers driving while intoxicated. “No Refusal” weekends have been in place now since July 2014. 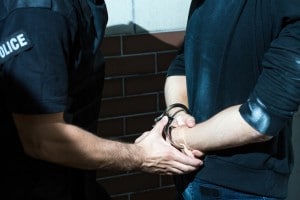 Under the program, the following may occur:

This new program is considered constitutional because Texas has an “implied consent law.” This means that if someone has been arrested for driving while intoxicated (whether it be for drugs and/or alcohol) their privilege to refuse to submit to a breath or blood test is taken away. This doesn’t mean that they cannot refuse to take the test but that there will be consequences to making this choice. Also, the officer must tell the person (in written and oral form) what will happen if they do not give their consent. They are as follows:

These are just some of many details that we can help explain during the process of being involved with a DWI. Call us today for a free consultation and personally talk to Collin Evans about how he can help.